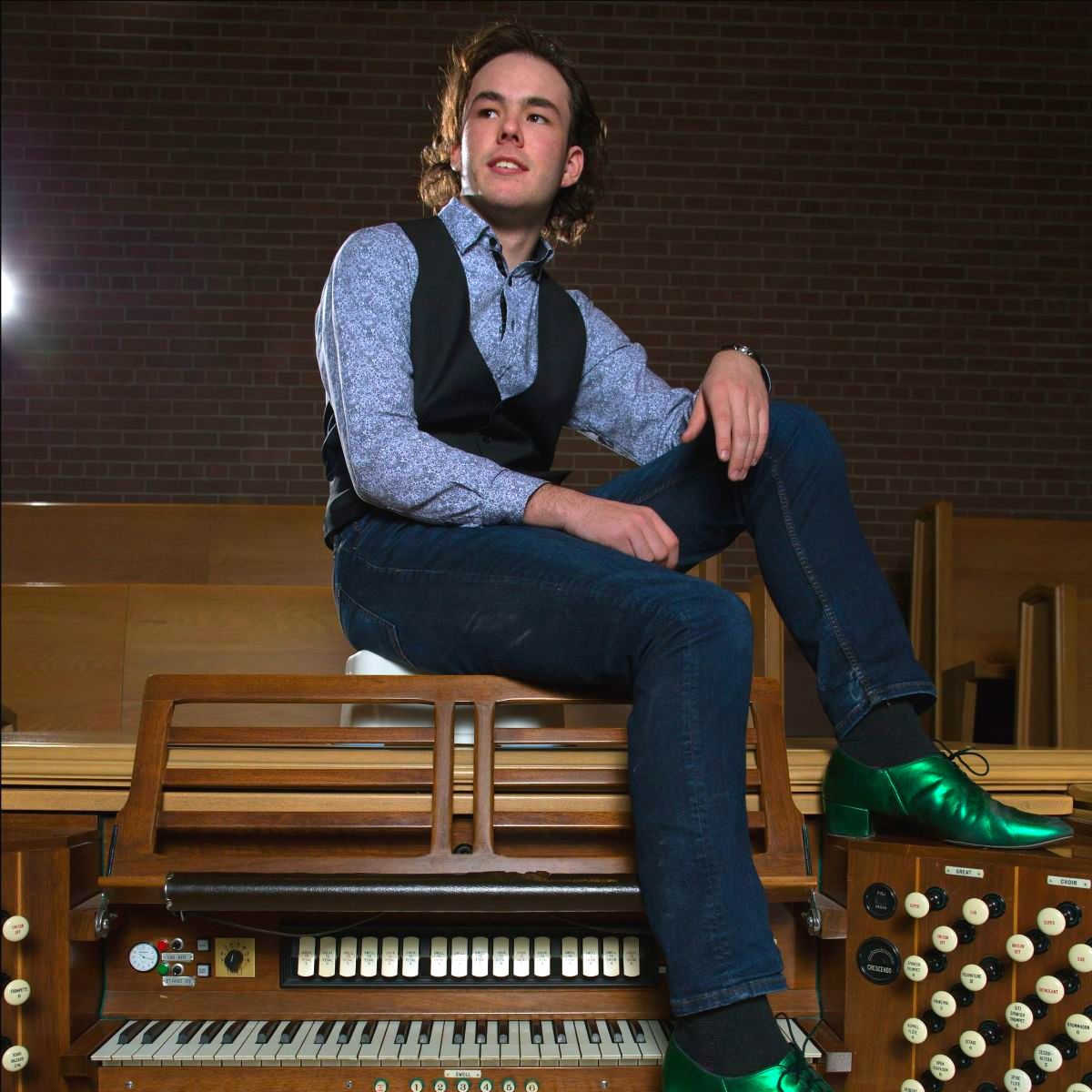 Joshua Ehlebracht is a 22-year-old master’s student pursuing a degree in Sacred Music from the Yale Institute of Sacred Music in the studio of Prof. Martin Jean. Joshua has always had a passion for music and liturgy and his previous studies include a Bachelor of Music in Organ Performance from the Eastman School of music studying with Professors Nathan Laube and Anne Laver, as well as a Colleague diploma from the Royal Canadian College of Organists. Joshua is currently serving as interim organist at St. Paul’s on the Green in Norwalk, Connecticut, and has previously worked in Lutheran and Presbyterian churches with his first church position at the age of 15. Joshua is from Kitchener, Ontario, Canada and began his musical journey at the age of six with piano lessons, followed by organ lessons with Dr. Peter Nikiforuk at the age of 10. Joshua holds second place prizes from the Albert Schweitzer organ festival in 2017 and the RCCO run Fairclough competition in 2016. He also spent time performing solo recitals around Ontario in London, Kitchener-Waterloo, Brantford, and Toronto at St. Paul’s Bloor Street and Metropolitan United Church, as well as several performances around Rochester, NY.