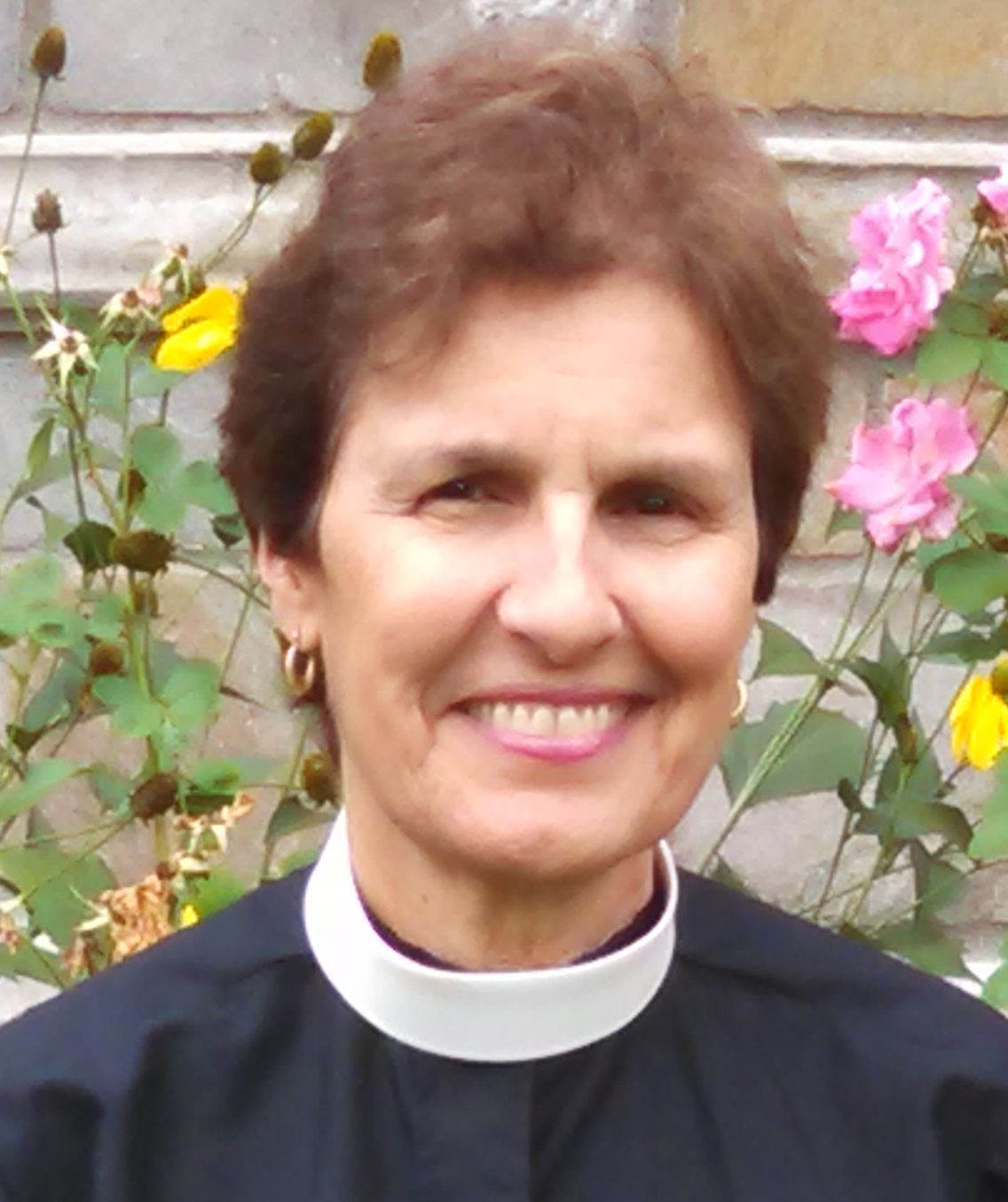 St. Paul’s on the Green, Norwalk, CT
The First Sunday of Advent
December 2, 2018

In the name of our all-loving God, Creator, Redeemer, Sanctifier.  AMEN.

Today is the first Sunday of Advent, the beginning of the Church year, that inaugurates the season in which we prepare for the coming of Christ at Christmas. We live in between the first coming of Jesus the Christ and his second coming, and most of us feel a lot better about the first one. Christmas is about a baby, after all, and that makes everything easier. We know about babies, and so we know how to do Christmas. We decorate a tree, set up a crèche, sing hymns and carols.  We figure out how to manage Christmas so that the little Lord Jesus asleep on the hay won’t end up scaring anybody.

Paradoxically, we begin Advent talking about the second coming. Renowned theologian Karl Barth said we can’t understand the Second Advent of Jesus Christ, and we’re reluctant to speak of because our problem is that the Bible describes the return of our Lord in literature that is hard to interpret. The literature is apocalyptic—which means it’s an unveiling of the world that lies behind this world. It’s a revelation that tells about the transition from this age to the next. It’s an understanding that things have gotten so bad that God will create something new.  And much of the language is very scary.

Let me say from the outset that the overarching theme of the Bible is that God loves all humanity, always, unconditionally. Every person is created in God’s image and God doesn’t hate anything God has created. St. Paul tells us that nothing in all creation can ever separate us from God’s love and care. I acknowledge that it is easy to forget this truth when reading texts like we have today. They sound creepy, even terrifying.

Through the centuries people have read today’s Gospel and others like it and assumed they could figure out the signs of the times and then know that they would be among God’s chosen ones. Think about the Left Behind series that was popular 20 years ago; the focus of the books is on the end times and the great turmoil that exists in the world as the forces of good and evil collide in preparation for Christ’s second coming.  The books foster anxiety that many may get “left behind.”  Many other writers have also tried to interpret these passages, and their interpretations were mostly filled with fear and foreboding.

Luke wrote his Gospel about 50 years after Jesus’ death and resurrection. Today’s reading is part of a larger passage which begins with his foretelling the destruction of Jerusalem.  Except that Jerusalem was already in ruins when Luke wrote.  The end of time seemed near. Earlier in this chapter Luke speaks of wars, earthquakes and famines. Not much different than the headlines in our newspapers; asylum seekers fleeing death, armed military on our borders, assassinations, wars, famines, tsunamis.  Just for starters.

At the same time Luke was trying to encourage his little faith community.  He was trying to tell them that there may be signs, but the end is not yet, and that they needed to remain faithful and committed to the life and words they’d received from Jesus, “stand up and raise your heads, because your redemption is drawing near.” That God would not abandon them.

Throughout history there always have been and continue to be people who believe that Jesus’ return is imminent and destructive. In her memoir Educated, Tara Westover tells of growing up in rural Idaho with nearly daily descriptions of the “Days of Abomination,” her father’s literal interpretation of the end times, his belief in catastrophic events when Jesus came again.  She was taught from an early age to watch for the moon to go dark and the sun to cease shining or stars to fall from the skies as signs that the end was happening (Mk 13:24-5); she watched daily and puzzled that she never saw such.  Meanwhile her father kept preaching the end times and stockpiled food, water, and guns, for when they’d need to escape. Each of the children kept a “head to the hills” bag ready to flee at a moment’s notice.  Her father claimed to regularly receive “words from the Lord” which instructed him to be ready, and vigilant for the “end of days.”

While Luke is telling his readers in every generation to wait, to be alert to Jesus’ coming again, most of us are waiting for other things. For a new job or baby, a good diagnosis, perhaps a vacation, or even for Santa.  Waiting can be very different in each of these situations. And well, we’ve been waiting for Jesus nearly 2000 years.  It’s hard to stay in expectant mode that long.

So what are we supposed to be doing in this waiting time?  And what is it exactly that we’re waiting for when Jesus returns? We are waiting for the fulness of the kingdom of God, which was inaugurated in the incarnation of Christ in Jesus.  It is already among us, but it is also not yet fully realized. There is a danger, though, in imagining that one day—perhaps far off, or perhaps tomorrow—God will swoop in and bring the world to an end. The temptation is to wait, passively, for God to show up and make everything new. That is not what Jesus asks of us.

Waiting for the kingdom is best spent working for the cause of righteousness and peace and justice. We each are called to watch, to be attentive to the signs and promises of hope, without neglecting the troubles of the world. We are called to live as citizens of God’s kingdom, not in a distant, imagined future, but here and now. We are called to be disciples, living as compassionate, caring people with all. We too are called to remain faithful to the life and words we’ve received from Jesus.

And Jesus himself has told us what to do: to love God and love our neighbors as ourselves.  He is asking us to see his face in every person we meet, stranger and acquaintance, friend and opponent.  To recognize each person as a beloved child of God, even when that belovedness is hidden by the person’s actions or words.  To provide food, shelter and clothing to those in need, to support and care for the sick, imprisoned and lonely, to share from our resources.  All of these and more.  To speak words of gentleness and friendship.  To live in the generosity of spirit. To show mercy to all. To practice non-violence in word and deed.

Each and every time we pray, “your kingdom come” in the Lord’s Prayer, we are praying for the establishment of peace and justice and equality for all and committing to work for it. We are praying for a world where wealth or status or power have no intrinsic value.  We are praying for a time and place where all of God’s creatures, in every country and nation, of every race and religion, live in love and harmony, where the hungry are fed and the naked are clothed, where people have access to clean water and decent housing, where those on the margins are included, where peace is the state of being.  This is the kingdom God desires, this is what we pray for and commit to work for when we pray his prayer. And which will be realized when Jesus comes again.

This sounds like a tall order.  And yet we can accomplish pieces of it every day.  Like participating in the “doing Christmas differently” effort, providing gifts for children/families here in Norwalk.  By observing simple acts of kindness: speaking kindly to the cashier or salesperson, reaching out to shut-ins, writing a letter or email to someone who has influenced or supported us, letting someone in in traffic, paying a compliment to a stranger, telling someone we love them, apologizing to one we have hurt.

We are called to do the best we can to live lives pleasing to God. Though we will not live up to perfection, we can be grateful for those things we have done for God and live in hopeful confidence that the love and mercy of the risen Christ will not let us go. Jesus the Christ who died and rose for us loves us too much to let any of us go. Brother Curtis Almquist, SSJE reminds us “Judgment day will come.  And we all will be judged… by love. Jesus’ judgment call is love… In the last great battle, love wins.  Jesus’ love is ultimately and eternally irresistible.  Love wins. Always. Always and forever.

Categories: Sermons
The Reign of Christ the Kind – November 25, 2018
Beginnings not Endings are an important Advent Message – December 9, 2018