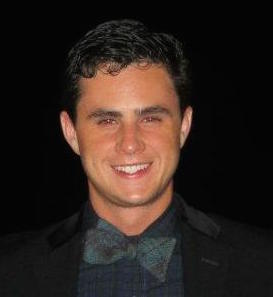 You have dealt with your servant,
O Lord, according to your word.

Teach me good judgment and knowledge,
For I believe in your commandments.

Before I was humbled, I went astray,
But now I keep your word.

You are good and do good,
Teach me your statutes.

Jesus tells us today that he is the living bread, or the bread of life, which has come down from heaven. In typical John fashion, Jesus is interpreting the sign he has just performed. And in typical John fashion there is an adversary in this dialogue: ‘the Jews.’ This term doesn’t mean ‘all the Jews in the world alive when Jesus was’; it probably refers to some Jewish Christians who were disturbed by the belief held in our Gospel writer’s community that Jesus’ flesh and blood and the weekly ritual-meal of bread and wine were the same thing. Eating a human being’s flesh and drinking his blood! This was a bit too radical for them. And can we blame them for feeling this way? Isn’t the idea of consuming someone’s flesh and blood just a bit – to put it mildly – undignified? To put it more bluntly, doesn’t it maybe border on insanity?

But Jesus doesn’t just call himself bread in this passage. He also calls himself God: the God of Israel, who spoke to Moses and gifted the people with the Law and with bread from heaven, called manna, while they were wandering in the wilderness. Jesus uses the words ‘I am’. They might not sound so special, but these are famous words. They comprise the name of God which God reveals to Moses during the burning bush episode: “I am who I am,” says God (Ex. 3:13). Jesus is using this revered and holy name in a radical and dangerous way, by referring to himself. But he goes further, telling us more about who this “I am” really is.

The lectionary for today includes a reading from Proverbs about Wisdom. And there is a long tradition of viewing God’s incarnation in Jesus as the Wisdom of God taking on the flesh of humanity; of the unchangeable, eternal Creator becoming changeable, frail, and vulnerable in Christ.

St Augustine, the great North African bishop, returned to this theme repeatedly throughout his life: God freely and spontaneously chose to take the enormous risk of becoming powerless, of placing himself entirely at the mercy of his beloved creation. In this strange act of divine humility, Augustine found the antidote to the most egregious disease of humanity: pride. Pride, for Augustine, meant self-reliance. It manifested in humanity’s stubborn and anxious insistence on self-dependence, self-determination and self-creation – attitudes and habits which had marred humanity’s ability to see itself and its God clearly. Through pride, humanity’s capacity to love, and its capacity to be happy, had been horribly disfigured.

But how does this relate to Jesus, to the living bread we’re talking about today? Augustine, in his work On Christian Teaching (I.12,13), used a metaphor much-loved by the Church mothers and fathers to describe how the Wisdom of God took on human flesh. Think, he said, about human speech. I have an idea which I want to communicate to you. In order for you to know my idea, I need to bring it out of the caverns of my mind and put some flesh and bones on it: by using my vocal chords to make sounds and noises, I speak my idea, using words. These words – which are really just sounds and noises – float through the air and come into contact with your ears. With any luck (and if I’m actually being coherent), the idea will enter into your mind, unchanged from what it was in my mind.

The crucial bit here is that my idea had to take on a different form to be communicated. Through the movement of my tongue, lips, teeth, lungs and belly – not to mention the healthy functioning of your ears – flesh created the possibility of communication.

This, Augustine believed, is a bit like how the Wisdom of God is at work in the life of Jesus. The Wisdom of God, like my idea, did not change when it took on flesh, but it did adopt a new form: God became flesh so that God could communicate to us everything God is. But I can be assured that God is a more adept communicator than I am. So if I don’t hear the idea, the Wisdom of God in Jesus Christ, it’s more a result of how diseased my own ears are than how inadequate God’s communication skills are.

So what do I need for my ears and eyes to be healed, to be healthy enough to hear, see, even to taste, God’s Wisdom in Jesus Christ? John’s Gospel today suggests that at least one thing that provides this healing is the Eucharist. How so?

Well, I can’t make myself humble, any more than I can make myself holy. I need something from beyond myself which imparts Wisdom to me. I need to recognize my own inability to heal myself, my own lack of humility. When I partake in the Eucharist, I am, consciously or unconsciously, accepting both my own lack of humility and a great gift of healing: the gift of God’s Wisdom enfleshed in an act of unparalleled humility – the life, death, and resurrection of Jesus. I may not always feel it, but when I eat the bread and drink the wine, I am being humbled by humility itself. I am choosing to accept God as God is, and relinquishing my power – my ‘right’ – to decide who God is. At last, I can abandon the anxious affair of trying to create God and trying to create myself: I can begin to surrender to God’s loving creation of me.

So, just as words really do communicate an idea, so bread and wine really do bring us into the Wisdom, the humility, of Christ. To most people, this eating of bread and wine will seem like foolishness, perhaps even insanity. But let us heed the words of the Apostle Paul: if we think we are wise in this age, let us become fools so that we may become wise. “For the wisdom of this world is foolishness with God.” (1 Corinthians 3:18-19)