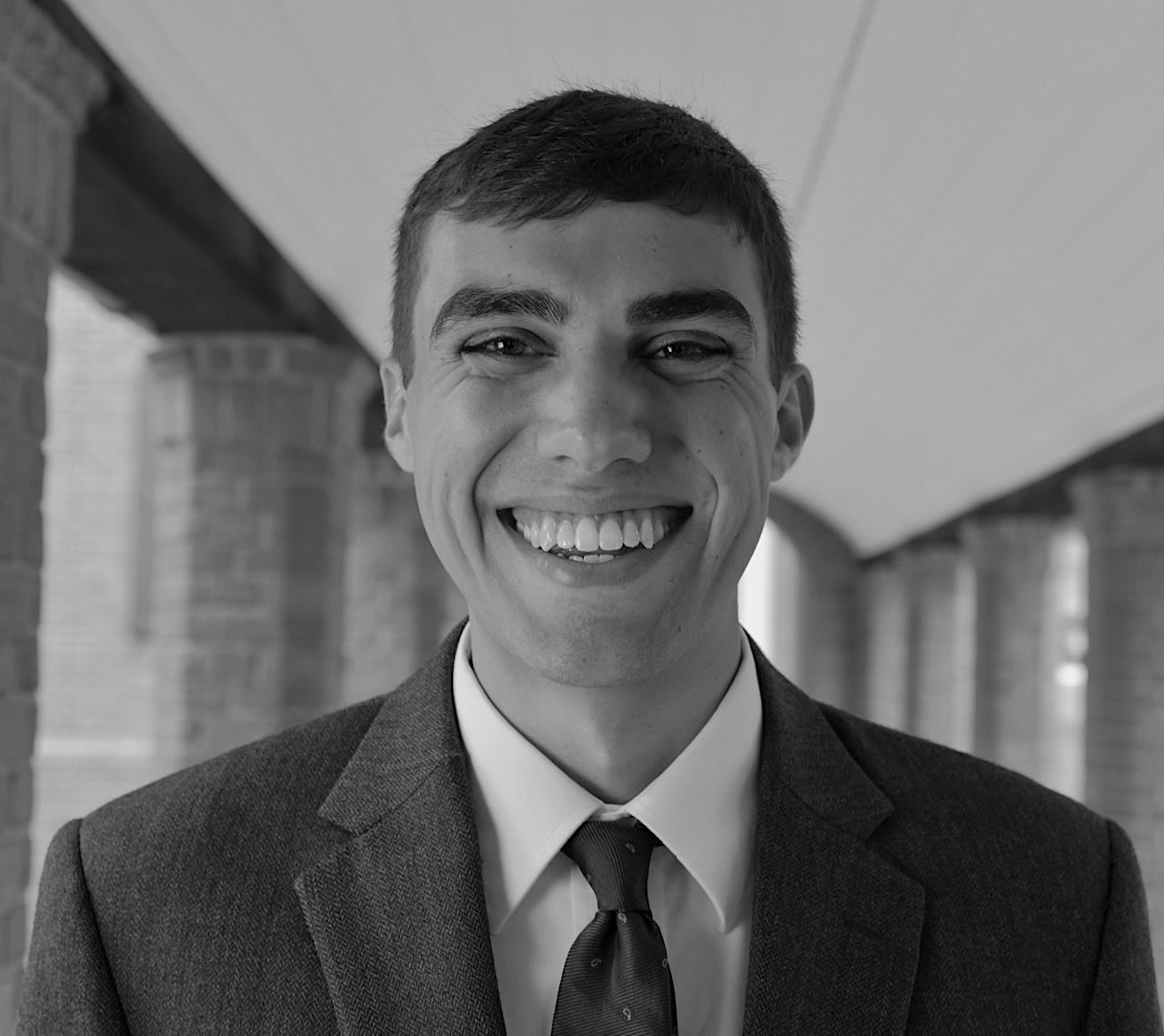 In the name of God: Father, Son, and Holy Spirit. Amen.

For two seasons in the early two-thousands, CBS aired a television show called Joan of Arcadia—yes, a play on the name of the French heroine and saint Joan of Arc. The show followed a teenaged girl, named Joan, in the fictional town of Arcadia, Maryland, as she navigated the perils of high school and adolescence. Joan was a teenager like any other, with the big exception that she talked to God—or rather, that God talked to her.

A typical episode went something like this: God would visit the angsty Joan, who was usually quite annoyed to receive such a divine visit, but nonetheless God would visit her, disguised as an ordinary person: maybe the lunch lady, or that cute classmate in the corduroy jacket, or a repair man high up on a utility pole, or a small girl in the park, or an elderly woman walking alone. God, in whichever incarnation God happened to be that day, would give Joan an assignment. Initially distrustful of God’s bizarre appearances in her life, Joan slowly began to trust God as she saw the positive outcomes of her cooperation with these assignments—perhaps the befriending of a classmate everyone overlooked, or even the saving of other people’s lives.

The show was, I’ll admit, a bit hokey—given its penchant for dramatic, blue-lit crime scenes (Joan’s father is a detective and, naturally, she becomes involved in several of his cases) and complete with Joan Osborne’s mid-90s hit “What if God Was One of Us” as the theme music. But, the series tackled some serious topics, theological ones like the question of evil, suffering, and divine providence, and at the same time social issues—the things that teenagers think about—like school, friendship, drugs and alcohol, summer jobs, sex—it did all of this while placing God in the center of the story—and at the same time making God appear in the bodies of real people, people of various genders and races—something that was likely controversial in 2003 and I’m guessing still might be were it to air in 2019.

Perhaps the most audacious thing that the show tried to do was to portray a God who is seen, and known. God talks to Joan—not in dreams, but in the way you and I talk at coffee hour, or more accurately, the way two teenagers talk after school. God talks to Joan, and Joan talks back. Joan can literally give God a hug, and she does, especially when she needs comfort. Joan develops a personal relationship with the creator of the universe. Now I don’t know about you, but I have not experienced God like that in my life. God has never visited me and made God’s will known in such a clear way as a chat over ice cream. Do you ever wish that God would? I know I do.

But, if I’m being honest, if someone were to walk up to me on the street and say, “Hi Sam. I’m God,” I’d likely not only not believe him but I’d probably walk the other way as quickly as possible. Especially if the person were bit dirty, or smelled, or carried his possessions on his back. After all, this is not how we are used to experiencing God. We heard from the prophet Isaiah this morning: “In the year that King Uzziah died, I saw the Lord sitting on a throne, high and lofty; and the hem of his robe filled the temple. Seraphs were in attendance above him; each had six wings: with two they covered their faces, and with two they covered their feet, and with two they flew. And one called to another and said: ‘Holy, holy, holy is the Lord of hosts; the whole earth is full of his glory.’ The pivots on the thresholds shook at the voices of those who called, and the house filled with smoke.” Now that’s God! A big, powerful God on a big throne. Angels serving him. Fog machines—the stuff Hollywood goes nuts for. Isaiah has a vision—he’s honest about this—he’s not claiming to have seen this with his own eyes—a vision, but a spectacular one nonetheless. A vision of God so holy that the angels cover their faces with wings while they sing.

This is how we want God, most of the time, I think. A God who rules, and conquers. A God who can fight our enemies for us, who can protect us, who can deliver justice. And the Bible certainly gives us plenty of such images of God—throughout the prophets, the Psalms, and even in the New Testament Book of Revelation. Given the violence and pain and injustice that we experience on a daily basis in this world, such a splendor, majesty, such a king is an understandable God to want. And Isaiah’s response is, I think, equally understandable: “Woe is me! I am lost, for I am a man of unclean lips, and I live among a people of unclean lips; yet my eyes have seen the King, the Lord of hosts!” Who could possibly look upon such a God?

But Isaiah’s isn’t the only story we heard read this morning. In the Gospel according to Luke, we meet a man. He’s not in a temple, but at a lake. He’s probably a bit dirty, likely smells, and is maybe carrying a few possessions with him on his back. He’s preaching to a crowd of people, many of whom are likely as dirty as he is, and he has to sit down on a boat so that everyone can see and hear him safely. He spends his time with ordinary people—fishermen, in fact—and no one hides their face from him. After he’s done speaking, he has the fishermen—who are having a bad day—throw their nets again, after a night of futility, and this time, they bring up so many fish that their boats begin to sink. That man, of course, is Jesus. The one we know to be the Christ. The Son of God. Someone to talk to, someone who talks back, just like Joan’s God. And the truly remarkable thing—the radical thing—about this man and this story, something far more controversial than anything Joan of Arcadia could cook up, is that we Christians have the audacity to say that in this man we see God—that this man, in fact, is God. What an incredible thing to claim. Isaiah’s vision of God? That’s a God we get—we understand. But to say that this man on a lake in Galilee is God? I’m struggling to think of a more dangerous or controversial or nonsensical claim to make than to say that in the person of Jesus, we see a better picture of God than in anything anyone had seen before or has seen since. Not even Isaiah.

Do the crowds know this? Do the fishermen? Does Peter? Probably not fully—yet. But Peter’s eyes have not deceived him—he sees this miracle, this catch of fish. He sees Jesus. And did you notice what he did? Faced with this simple man, he has a nearly identical reaction to one Isaiah had in the temple. “Go away from me, Lord, for I am sinful man!” Right there—God dwelling before him, as full of glory as Isaiah’s vision.

Peter and Isaiah come face to face with God. Joan too. And their stories are remarkably alike. Each of them helps us answer this question: how can one possibly come so close to the living God and not be changed? How does one even approach the living God? All three of them protest. God, I’m not worthy. Please, go find someone else. Isaiah says, “I am a man of unclean lips.” God says, “Go. And bring my word to my people.” Peter says, “Lord, I am a sinful man.” God says, “Go. From now on you will be catching people.” Joan says, “I’m just a young girl.” God says, “Go. You will do great things.” And she does. They each do. They are changed. Forever.

What about you? Where is God disguised in your life, eagerly waiting to reveal himself? On a throne surrounded by angels crying Holy, yes. Certainly too in a poor carpenter from Galilee, hanging out with fisherman and hanging on a cross. Maybe also in the most ordinary person you will meet this week, waiting to give you a good word. Waiting to give you an assignment. Friends, God is here, too. God is in this bread and in this wine. In the body and the blood. And when we stretch out our hands to receive him, we say, “God, this is all I have.” And God says, “Go.” Will we, friends? Will we let ourselves be changed, like Isaiah, and Peter, and Joan? Will we open our hearts to encounter to the living God, and then go, never the same? Amen.