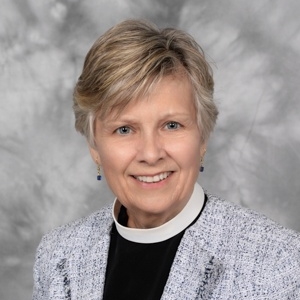 In the name of God:  Creator, Savior and Inspiration.  Amen.

Usually there’s an unhappy personal story behind such a statement.  I’m not talking about illegal behavior here—but rather about those situations in which a person—too often a clergy person—has “followed the rules” at the expense of compassion.

I knew a married couple—former Roman Catholics who had become Episcopalians probably twenty years earlier.  And when the husband’s father died, a day or two later the Roman priest who was going to officiate at his burial—the father was a Roman Catholic—the priest called the son’s home to warn them not to come up for communion during the burial service, because if they did would have to refuse to serve them.  Now, this man may have been trying to keep an awkward situation from developing, and he was definitely following the canons of his church—but that phone call was like a slap to an already grieving family.  Surely there was a more sensitive way to handle the situation.

Of course we know that this sort of thing happens in every denomination, in every religion–because wherever there are human beings there will be opportunities for loving kindness:  opportunities taken and opportunities lost.

Remember the tale of the Good Samaritan, when those qualified to preach a sermon on charity passed by a stricken man, while the one vilified by the surrounding community overturned cultural expectation to show compassion?

I’m sure—I hope–that all of us in this room consider ourselves kind people.  We cannot imagine ignoring a person in obvious need of help. But the sad fact is that multiple studies over the past decades have confirmed the truth of the Good Samaritan parable.  These studies found that even seminary students who have been told to hurry from one location to the next, the majority of those students will pass on by—sometimes actually step over—a person lying prone on the ground and apparently unconscious. (Happily, an actor hired for the study.)

Interestingly, many of those students who did not offer to help, did arrive at their next destination on time, but in a very agitated state.  Apparently their hearts did not agree with the decision their minds had made.

Which brings us to this morning’s gospel.  Jesus is working his way toward Jerusalem with his disciples, worshipping at the local synagogue along the way, and taking the opportunity—as was the right of every male Jew–to comment publicly on the scripture readings.

And as he’s is speaking to the congregation a woman walks in, bent over, completely unable to stand up straight.  And the story tells us that she’s been that way for eighteen years.

Jesus immediately breaks off in the middle of what he’s saying and calls her over.  He lays his hands on her and heals her.  And we’re told that immediately she stands up straight and praises God.

Celebration all round, we might expect.  But no. As it turns out the synagogue leader is offended because this upstart radical rabbi from out of town has broken God’s law forbidding work on the Sabbath.  He tells the crowd over and over, “There are seven days in the week.  Come get cured on the other six; not on the Sabbath!

At which point Jesus runs out of patience, accuses them all of hypocrisy, and points out that if they had a thirsty ox on the Sabbath they would lead it to water.  In other words, you people take better care of your cattle than of your neighbors.

Jesus, who has never laid eyes on this woman before, is the only one in the room who sees the whole picture. He looks behind the foreground of the Sabbath rules and regulations to the reasons for the rules and regulations: to honor God and to care for God’s creation. And he decides that letting this woman suffer one more day than necessary would have dishonored the God who created her; the God who is love. And so he raises her up, literally and figuratively. He names her a daughter of Abraham, and on God’s Day in God’s House, he gives her back her life.  He restores her as a visible member of that community.  What better way to honor the Sabbath?

We know that situations like these happen.  They happen all too frequently.  We do sometimes behave insensitively; we are human.  But these times are much more likely to happen when we fail to look deeply into our own hearts, to take the time to pay attention and to come to know ourselves.  To slow things down; to let things settle.  For only through willingness to see ourselves as we really are—our dreams, our fears, our motivations, our challenges—and to look at these things with gentle understanding—only then can we come to see that others are in fact not “other” but just like us.

Albert Einstein wrote that when human beings experience themselves as separate from one another, this is an “optical delusion of consciousness.  The delusion is a… prison for us,” he wrote, “and our task…(is)…to free ourselves from this prison by widening the circle of understanding and compassion to embrace all living creatures and the whole of nature….”  But how do we do that?

Jesus models for us how to do it.  He shows us how look deeply, with fresh eyes, at a person or a situation.  He teaches us how to see through the baggage of old habits and thoughtless traditions and the fears that separate us, and to keep on looking, deeper and deeper, until we can see ourselves reflected in the eyes of another.  Not separate after all.  Amen.