“Love Our Neighbor” by Bob Giolitto 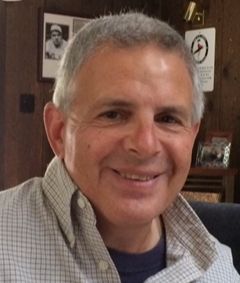 From the gospel of Mark: “Now the woman was a Gentile, of Syrophoenician origin. She begged him to cast the demon out of her daughter. He said to her, ‘Let the children be fed first, for it is not fair to take the children’s food and throw it to the dogs.’ But she answered him, ‘Sir, even the dogs under the table eat the children’s crumbs.’ Then he said to her, ‘For saying that, you may go—the demon has left your daughter.’

Here is a mother being a mother – protecting her child – approaching a Jew to make her daughter well. The Syrophoenician and Jewish cultures varied significantly, and most Jews and Syrophoenicians would not associate with each other. Jesus at first harshly brushes off the mother, telling her that he will take care of his own children. The woman comes back and asks Jesus to at least give her daughter some “crumbs.” Overcome by her unconditional love for her child, Jesus cures the woman’s daughter.

Peter denied Jesus three times, didn’t believe in Jesus enough to walk on water, along with many other human gaffes he committed.  In the end though, after the Resurrection, this most human, flawed, and lovable apostle, chose to go to Rome. It probably took him a little longer to get there because you know he didn’t ask for directions. Peter doesn’t choose the relative safety of Jerusalem, where he knew the territory and most likely could have blended safely into the background when needed. No, Peter chooses to go to a place he doesn’t know, knowing that if he spreads the word and teachings of Jesus, he will be persecuted. This sometimes fear-filled coward finds the faith and courage to follow his beliefs.

We’re all human. We’re all filled with fear. Many times I’ve taken the “safer” way because I haven’t had the courage to do the right thing. Many times we let the misogynist or racist joke go without comment, wait for someone else to assist the homeless person who smells, or refuse to speak up when the new people who moved into the neighborhood are shunned because they are Hispanic. We’re safe here within the walls of St. Paul’s, just as Peter might have remained safe if he’d hung around Jerusalem. Can we leave our safety and go to Rome?

Over the past two years we have separated children from their parents at our border. It continues today and some one thousand children, under the age of twelve, will never be reunited with their parents. Recently, at least seventeen of the mothers of these children, while undergoing medical attention, have been subjected to an operation that they neither were informed of nor authorized. These women can no longer have children.

The second great commandment tells us we must love our neighbor. It says neighbor, not certain neighbors, not some neighbors, just neighbor. By naming the Syrophoenician woman, the Samaritan, by picking a tax collector as a disciple, by forgiving both thieves who were crucified with him, touching lepers, and embracing prostitutes, Jesus is telling us that all are our neighbors. This commandment, along with Jesus’s teaching that we must love our enemies, is not open for interpretation.

When I was in college I took a problem-solving class. One of the premises for solving difficult problems is to take them to the highest or lowest extreme, and the solution most times becomes clear. Jesus took the problem of that Syrian child and her mother to the lowest extreme – it was a mother and daughter pleading for help. The solution then became simple, and Jesus healed them. Centuries later, the mother and her refugee child  fleeing for their lives today can also be reduced to the lowest extreme. When we do this, the solution is also simple: They’re our neighbors. Hiding and apathy or courage and love?

Will we take a chance to walk on water? We have plenty of crumbs–will we share them?