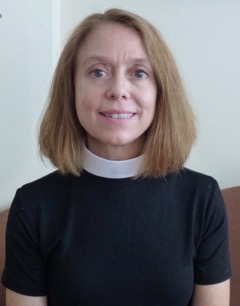 St. Paul’s on the Green, Norwalk, CT
The Nineteenth Sunday after Pentecost
September 25, 2016

As some of you may know, I am here at St Paul’s serving as a deacon. Deacons are called to work primarily serving the least and the lost of the world. They are to interpret to the Church the needs, concerns, and hopes of the world. What most concerns me today is the increasing income inequality in our country and in our world. 90% of US households make an average of just over $33,000 per year. This is simply insufficient for human flourishing. The top 10% make about nine times more at just over $295,000 per year. 8.6 million families live below the poverty threshold which is a meager $24,257. How are Christians to respond? Are we to be unconcerned because the poor will always be with us? Is our economic system unjust?

Today’s scripture addresses just these problems because all three of today’s readings address the problem of greed. Today’s Gospel story, in particular, can be either very comforting or very alarming, depending on where one stands. Whether one is rich, or poor. Well-fed or hungry. Even worse, Abraham tells the rich man that there is a great chasm between them, one that cannot be crossed. So the rich man begs Abraham to send Lazarus to his father’s house to warn his five brothers. But the story does not have a happy ending. We are told, “Abraham replied, ‘They have Moses and the prophets; they should listen to them.’ He said, ‘No, father Abraham; but if someone goes to them from the dead, they will repent.’ He said to him, ‘If they do not listen to Moses and the prophets, neither will they be convinced even if someone rises from the dead.’ ”

I expect most of us here can place ourselves in the role of the brothers of the rich man. We all still have the opportunity to repent. Then the question is, will we listen to Moses and the prophets? Will we be convinced by the one who rose from the dead?

Greed has classically been understood by Christians to be a sin. Simply, to be greedy is to love money and posessions more than God and one’s neighbor. It is one of the seven deadly sins. Deadly because it is so easy for people to be consumed by their desire for wealth and comfort. This has always been so. Thus greed is addressed throughout the Bible, from Genesis to Revelation.

The challenge for us, here in the contemporary context of the United States, is that greed is not considered a sin, but has become a virtue. Greed is said to stimulate the economy, create jobs, and improve everyone’s standard of living. Our economic system is based on the idea that everyone is primarily motived by the pursuit of profit. In the last decade we have seen the pursuit of profit gone out of control. But not everyone’s standard of living has improved.

Currently, most business is ordered to the single goal of increasing the value of company stock. Thus much of our finance-dominated economy values short term profits over the health of the company, the lives of the workers, or what is good for society as a whole. Kathryn Tanner describes finance-dominated capitalism as “a relentless drive toward maximum profitability” characterized by downsizing, outsourcing, and overworking employees, with no consideration for long-term goals. Classic greed repackaged as a requirement for growth. This is not the traditional small business model.

We are told we must go shopping, buying more than we need for the good of the economy. Thus our primary identity is that of a “consumer” and shopping has become a national pastime, a recreational activity. We working harder and harder to advance in our careers and to buy more and more stuff. We have become a nation of workaholics and shopaholics. Our culture validates the unchecked drive for more and more of whatever we desire. Greed is in the air we breathe and the water we drink. We can hardly recognize it.

What do today’s readings say then about greed? A closer look at the Gospel story reveals that it is not simply being rich that is the problem. The patriarch Abraham, we are told in the 13th chapter of Genesis, was “very rich in livestock, in silver, and in gold.” The rich man is being tormented because he loved his wealth more than his neighbor. “There was a rich man who was dressed in purple and fine linen and who feasted sumptuously every day. And at his gate lay a poor man named Lazarus, covered with sores, who longed to satisfy his hunger with what fell from the rich man’s table; even the dogs would come and lick his sores.” The rich man showed no concern for the poor man at his gate. He did not share his food with him or care for his wounds. Even in Hades, he refuses to recognize Lazarus. He speaks to Abraham and sees Lazarus only as an instument of his own comfort. “He called out, ‘Father Abraham, have mercy on me, and send Lazarus to dip the tip of his finger in water and cool my tongue; for I am in agony in these flames.’” He cannot see Lazarus as a person, much less love him as a neighbor. Likewise, our finance-dominated cpaitalism does not see employees as people, as assets, but as liabilities on a balance sheet.
The reading from first Timothy is part of an exhortation on how to live the Christian life faithfully. It warns that, “those who want to be rich fall into temptation and are trapped by many senseless and harmful desires that plunge people into ruin and destruction. For the love of money is a root of all kinds of evil, and in their eagerness to be rich some have wandered away from the faith and pierced themselves with many pains.” Greed then is the love of money that becomes the primary motivation for all we do and distracts us from the life of faith in God. Ultimately, that greed will bring ruin.

As Christians we should be concerned with the radical economic inequality that exists in our country and in our world. We must repent of our our complicity in that inequality. We must recognize how we are trapped by our own greed.

The passage from First Timothy provides some concrete help for those who wish to turn away from a life of greed. Generosity, contentment, and striving to follow Jesus will save us from the pains, ruin, and destruction of greed. First, those who are rich must be generous. They “are to do good, to be rich in good works, generous, and ready to share.” Give your money away. Support whatever charities seem to you to be doing good work. This is essential, but in so doing you are still in control. If you really want to be free, give your money away, to everyone who asks you, without concern for what will happen to it.

Second, Christians must prayerfully consider how much they really need. How much might that be for you? The Epistle encourages us, “Of course, there is great gain in godliness combined with contentment; for we brought nothing into the world, so that we can take nothing out of it; but if we have food and clothing, we will be content with these.” For us, contentment also means valuing our relationships with other people and the things we are able to do more than the aquisition of material goods. If you think you want to buy something, prayerfully consider why you want it. We must realize we are not primarily consumers but are beloved children of God, made in the image of the Creator.

Finally we should strive for godliness. “Pursue righteousness, godliness, faith, love, endurance, gentleness.” Most especially we must honor the two greatest commandments, to love God and our neighbor. Loving our neighbor means not seeing others as merely as instruments of our own welfare, but seeing that everyone, especially the Lazaruses of this world, is a beloved child of God. For those of us with any power we need to work to change our economic system so that everyone is seen as an asset.
Greed can surprise us and greed can trap us. It leaves us restless and disatisfied. Saying no to greed in all its guises is a profoundly counter-cultural act. As such it is not easy. But you will be free. By rejecting greed and following Christ, we will store up for ourselves the treasure of a good foundation for the future, so that we may take hold of the life that really is life.
1