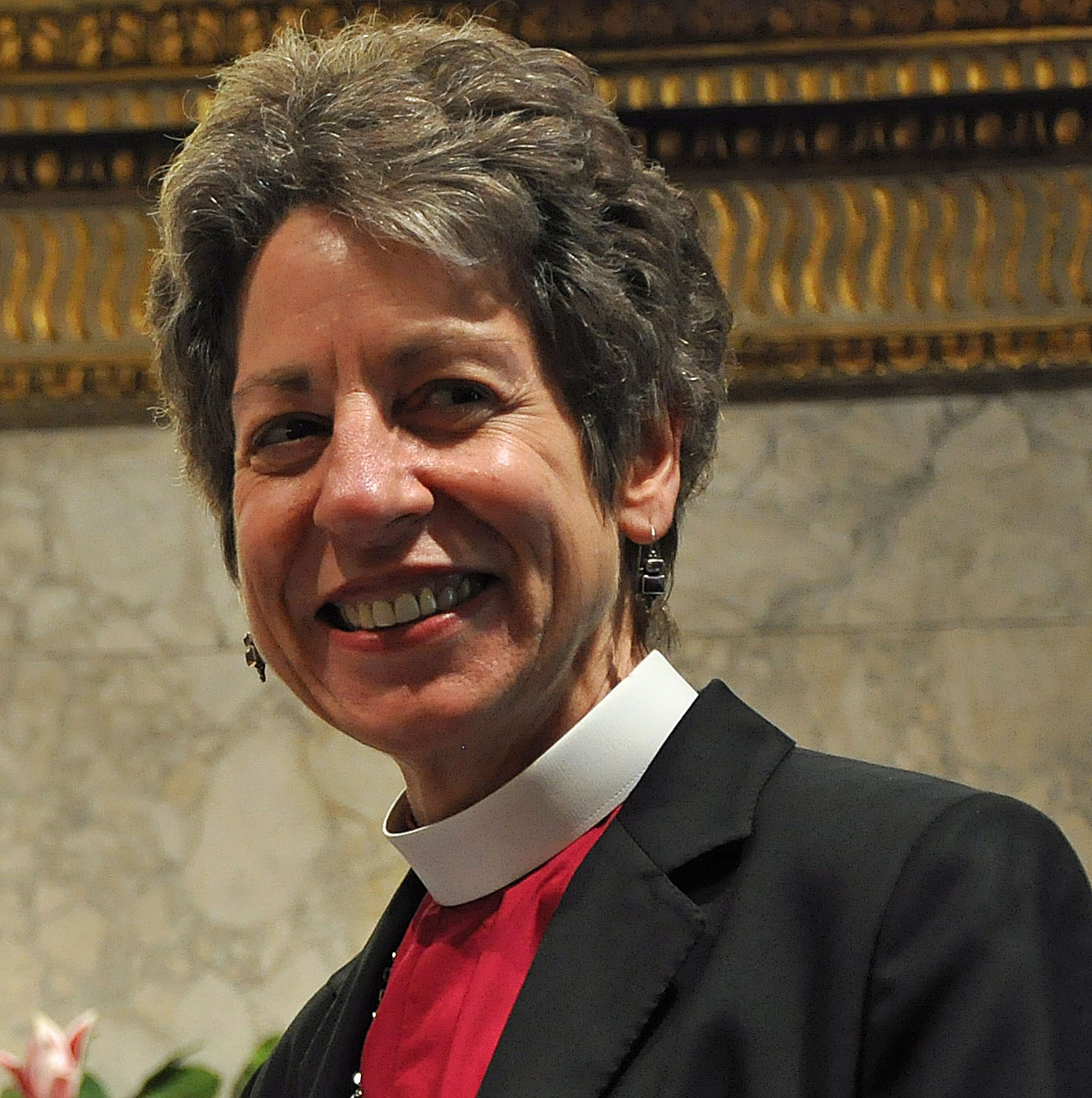 A Sermon Preached by the Right Reverend Katharine Jefferts Schori
26th Presiding Bishop of The Episcopal Church
St. Paul’s on the Green, Norwalk, CT
The Second Sunday of Easter
April 23, 2017

Hope. What does ‘hope’ mean to you? It’s a word often on our lips and perhaps less often in our hearts and hands. The word has been turned into myriad acronyms that seek transformation: Helping Other People Everywhere; Heal Our Planet Earth; Healing Our Past Experiences; Heart Open, Please Enter; Hang On, Peace Exists; Honest Open Positive Environment; and even Hackers On Planet Earth, which is an annual conference devoted to computing and technology, including issues of privacy, ethics, open societies, and an open internet. The hackers referred to are engaged in playful and clever modifications and sharing creative ideas – they’re not internet criminals. The word hack means to make short, small cuts, and also means routine or commonplace work – like a hack writer. These hackers make small adjustments in rather ordinary ways that nevertheless result in creative leaps. The mundane can indeed show us transcendent possibility.

The code of conduct for annual meetings of Hackers On Planet Earth would constructively challenge most groups we know, for it expects “participants to step beyond prejudices, societal norms, and other perspectives that lead to disrespect for people and groups. Everyone is welcome at HOPE events, regardless of race, class, gender identity or expression, age, ethnicity, religion, political beliefs, disability, sexual orientation, personal appearance, or education level, text editor choice, and other aspects of who we are. In short: HOPE is a space for tolerance and respect.”1 Sounds a lot like the Kingdom of God.

Isn’t hope what resurrection is most clearly about? That God might bring something new and lively out of what seems dead and gone – or even merely listless and failing? Holy Week and Eastertide offer a microcosm of the worst and best we might ever experience or expect to hope for – and then some. That microcosm is an icon of the whole of creation – what we might call its fractal nature. Divine activity – God’s love of what is and what might be – is always at work, bringing surprising newness out of yesterday’s decay.

Jesus’ incarnation, his earthly ministry, his resurrection, and his abiding presence among us are God’s continuing ‘yes’ to the world’s ‘no.’ Hope is born of experiencing that reality and continuing to expect it. Hope is the willingness to hack the mundane, the world’s seeming ordinariness, in search of new life. Hope grows through creative and even playful urges, by practicing flights of ‘what-if’ and prophetic ‘so what’s. So, if the world is filled with hungry, hurting people, what would happen if we shared a meal with folks in the neighborhood once a week? Jesus and 5000 others sat down and did it. His followers hacked the program and started doing it every week – and have continued to reshape it for millennia. We’re even beginning to move from the soup kitchen hack to cafés and restaurants that welcome everyone without payment – which is itself an ancient hack, older than the book of Proverbs. There is yet more abundant life to be discovered in sitting down with neighboring strangers to eat and learn and hope for friendship.

Every move toward more humane behavior and greater holiness begins with hacking what is – in deep and abundant hope. The end of slavery in the British Empire, and the end of the Triangle Trade on this coast came out of the hopeful work of William Wilberforce and John Newton’s Clapham group – even though it took the better part of a century and a naval blockade before the Sultan of Zanzibar finally oulawed the last of it in 1897. In this nation we’re still struggling to acknowledge our brokenness and begin to find healing and creative responses. We continue a global struggle to end all sorts of bondage and slavery – especially human trafficking, substance abuse, human captivity to the active prejudice of individuals and societies, and the profound poverty of body and spirit that results.

The new and transformed life of resurrection emerges in communities that know the grimmest possible realities firsthand, yet have the hope to stay engaged in the struggle. Hope abides in hopeless places, whether the foot of the cross and Friday’s tomb, or the Underground Railroad’s audacious ‘yes’ to freedom. You gotta be down before you know which way is up.

Have you read or seen Hidden Figures yet? I won’t offer too many spoilers, but the lives of those three women are theme and variation on the art of the hack – to the system of Jim Crow segregation as well as the more familiar kind of computer-related artistry. The systems engineers of segregation – police officer, judge, and workplace managers – become eager subverters of its decayed and misdirected energies when everyone begins to see a shared goal. Unless hope involves the whole community, it will likely revert either to greed or despair. Ultimately, me-first doesn’t cut it in the resurrection business.

Questioning the status quo is vital, and that’s part of Thomas’ gift. We often see him as just a doubter, a weakling without enough faith to see a new reality. But Thomas is ready to ask for what he needs. He wants something to heal his despair. It starts with the community around him, telling of Jesus’ surprising visit. It gives him hope to cry out for the whole package – ‘I want to see for myself! I want to touch him!’

We have met Thomas – at times in ourselves and often in the lament and yearning in the world around us – and we have met the resurrected one, answering that despair and longing. Like Jesus’ visit to Thomas, resurrection experiences come in the midst of a community where hope is active, even in the presence of doubt and despair. The deepest confirmation of that hope comes in the face of impossible despair. Rabbi Friedman said long ago that healing in families begins when the resistance is strongest. The resistance and doubt are death throes, and dying is a necessary part of finding new life. The hope that keeps us engaged is really about loving the future, with confidence that God is always up to something creative and unexpected.

Look at the world around us. We are more conflicted and divided than we have been in at least a generation – in this country, in Europe and the Middle East, on the Korean Peninsula. Like the disciples, we are increasingly locking the doors and hiding because we’re afraid. That’s never been the way to peace and harmony – yet the good news is really to be found in the midst of anxiety, IF we can begin to name it. What are you afraid of? What is your neighbor afraid of? When we begin to name what needs to die and be healed, we are beginning to see possibilities – and the hack, or the germ of one, begins to emerge. It will take a whole community to bring it to light – for the love and creativity necessary do not reside in any one individual.

What is your hope? Heal Our Planet Earth? Hang On, Peace Exists? Reach out and gather your homies – and Jesus’ homies include all the ones we’re afraid of – name your hopes and fears, and start hacking the current program. For the program we’re in search of is about abundant, resurrected life for all. Dream and pray that hope, in community, day in and day out, and we will indeed begin to see it emerge. Hack on, my friends, hack on!