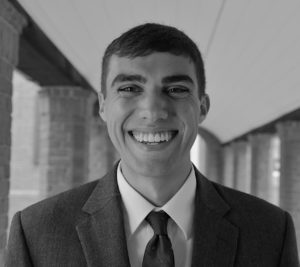 “But the souls of the righteous are in the hand of God, and no torment will ever touch them. In the eyes of the foolish they seemed to have died…but they are at peace.”

In the name of God: Father, Son, and Holy Ghost. Amen.

Perhaps you arrived at Saint Paul’s this morning looking forward to the annual observance of All Saints’ Day. Perhaps, you’re learning about this holy day for the first time this morning. I’ve been looking forward to it—anticipating celebrating the saints in this holy place filled with beautiful images that show their witness to our faith and our God. The Celtic saints that flank the crucifix above the high altar. Apostles, evangelists, and missionaries adorning the windows around the nave. The altar consecrated by Samuel Seabury, the first bishop of the fledgling Episcopal Church. The glittering chapel of our Lady, the Blessed Virgin Mary, Mother of God. Saints that make us want to cry, in the words of the hymn, “Who are these like stars appearing, these, before God’s throne who stand?”

So perhaps, if this was the picture of All Saints’ Day that you had in mind, like I did, you were surprised, like I was, with these readings from our scriptures this morning. Why, on this day when we celebrate the figures who have defined and defended our faith, do we hear readings that sound more appropriate to a funeral, readings you likely have heard at a funeral, in fact? “The souls of the righteous are in the hand of God.” Jesus weeping at the tomb of his friend Lazarus. Is this the feast of All Saints or is this a funeral? Well, it turns out that all these figures, these saints glittering like stars in our windows, are not just epic characters from epic stories, although they are that, but also real Christians, real human beings, like you and like me. And like all humans, they lived, and then they died. Like them, we who live now one day will die.

The jarring tension of the Church’s celebration this past week is that it highlights both life and death, in equal measure. All Saints and All Souls. On November 1, the lives of the exemplary faithful, our spiritual heroes. On November 2, the death of all the faithful, those known and those unknown. On Friday night in this place their names were read, hundreds who are remembered by this community. We learn too soon, it seems, in our lives as Christians that there isn’t anything—not our prayers, not our faith, not even our baptism—that will prevent our earthly death. That will stop our bodies from aging, from getting sick, from breaking down, from dying. Even Lazarus, raised from the dead by Jesus in John’s gospel this morning, even Lazarus one day will die—again. And so now, as the leaves are falling and in the northern hemisphere our days recede into darkness, this week helps us pause and remember those who have died, even as we celebrate those special ones who get their names put on churches.

Such commemorations quickly leave the abstract realm when we’re confronted by death in our own lives—the deaths of family, friends, neighbors—and also by the reality of a world and a nation in which violent death increasingly stares us down like it did last weekend at the Tree of Life Synagogue in Pittsburgh. We remember the dead not because it’s romantic or an occasion to sing good music, but because we live in the midst of death. We remember the saints not because they look pretty in stained glass but because they lived real, Christian lives, struggling just as we do to preach the Gospel of Resurrection in a world of death.

The life, death, and resurrection of Jesus Christ is God’s way of saying no to the enemy called death. The raising of Lazarus is but a taste of what is to come, a sign that points us towards Jesus’ own resurrection and the resurrection that is promised for all who live and die in him. In raising Lazarus, Jesus says that this isn’t how it has to be, and in fact that this is not how it is. The world and is creatures are not made for death but for life. And if that sounds like a platitude, remember that we serve a God who wept at the grave of his friend, who wept at a synagogue in Pittsburgh, who twenty years ago wept at the murder of a young gay man in Laramie, Wyoming, a God who took our own flesh and marched right into the heart of the human condition, to death on a cross himself. Any God who is present only in our joy and not in our despair, present in our life and not in our death, is not worthy of being called God.

The saints knew this, these fellow Christians who have pointed us to this deep abiding truth about God. Saints like the Blessed Virgin Mary, who in bringing forth the God of life into a world of death was the first to enlist in this resistance. Like Martin of Tours, a Roman soldier who in fourth-century France cut his uniform in half to give it to a cold, poor beggar. Like Constance and her companions, a group of nuns who in 1878 stayed in Memphis, Tennessee during the yellow fever epidemic to provide care and compassion to the dying, inevitably contracting the horrible disease themselves. Like Jonathan Daniels, a seminarian who in 1965 left ETS in Cambridge to work for civil rights in Alabama. He was killed when he stepped between an angry, shotgun-wielding white man and a sixteen-year-old black girl named Ruby Sales. Saint Jonathan wrote in his journal, “The faith with which I went to Selma has not changed: it has grown…I began to know in my bones and sinews that I had been truly baptized into the Lord’s death and resurrection…with them, the black men and white men, with all life.”

Where does this leave us, we who walk this world by faith and not by sight? I’ll admit that there is a danger in looking to the lives of the saints for examples of holy life, examples to imitate in our own ways. You see, I’ll never give birth literally to the Word of God. I’ve never given over my coat when I’ve passed a cold person on the street. I’ve not marched into a house of death and held the contagious hands of the dying, and I’ve certainly never put my body on the line for the life another human being. There is an almost inevitable despair we can feel when we compare ourselves to these great saints, a despair that at best makes our own ministries, our own sacrifices feel irrelevant and at worst prevents us from serving God in the unique ways he has called us to. The saints are indeed examples of holy life, but they are more than that. They must be more than that.

“The souls of the righteous are in the hand of God,” we read in the Old Testament book of Wisdom, “and no torment will every touch them. In the eyes of the foolish they seemed to have died, and their departure was thought to be a disaster, and their going from us to be their destruction; but they are at peace…in the time of their visitation they will shine forth, and will run like sparks through the stubble. They will govern nations and rule over peoples, and the Lord will reign over them forever.” The wide gulf of death does not separate us from the saints, just as it does not separate us from the ones we love but see no longer. In Jesus Christ we find life everlasting, a life so powerful that death itself can do nothing to stop it. The saints are here. With us in our prayers, with us in our dreams, with us every time we gather at this table to break bread. The saints—well, they’re the Body of Christ, a body of which you are a member by virtue of your baptism and nothing else—not by virtue of the number coats you’ve given away, the number of sick parishioners you’ve visited, or the number of lives you’ve saved by laying your own down. These things may indeed be demanded of us—the lives of the saints teach us that if nothing else—but they do not constitute some sort of entrance test into the kingdom of God. That door was unlocked long ago by God hanging on a cross. You are a saint, or at least you’re becoming one, each and every day that you get up and bear witness to this God who chose to die like we do in order that we all might live like he does.

In the end, nothing stops us from dying in this world. Death comes to visit sooner or later. But in the words of Saint Paul, “I am convinced that neither death, nor life, nor angels, nor rulers, nor things present, nor things to come, nor powers, nor height, nor depth, nor anything else in all creation, will be able to separate us from the love of God in Christ Jesus our Lord.” Amen.