God in the Arts: Encountering the Sacred through the Gift of Imagination

From the beginning of the Church’s existence, the arts have played a key role in the life of Christian people. What would worship be without the beauty of music, architecture and the spoken word? At the same time, Christianity has been central to the flourishing of the arts in Western culture, inspiring (and often funding) composers, poets, sculptors, painters, and so many others. Imagine Bach or Handel, Dovstoevsky or C. S. Lewis, da Vinci or Michelangelo without the Church. The Church and the arts seem to have always
been inextricably linked.

For the 2017-2018 academic year, St. Paul’s takes the symbiotic relationship between the Church and the Arts as a starting off point in order to explore what is sacred about the arts. What draws us to them, whether as practitioners or observers, and how do we see God in them? Hear from a range of speakers, including musicians, composers, and visual artists, as well as leaders of organizations that foster arts in the local community. Some of the speakers will have an explicitly spiritual or religious component to their presentations; many will not. But all of the speakers plan to help attendees investigate what is special about the peculiarly alluring forms of creative expression we call the arts and consider how to reflect on what is ultimately important through them.

Forums take place at 10:10 AM every Sunday morning from September to June in the St. Hilda’s Room of St. Paul’s on the
Green (unless otherwise noted).

Download an Adult Forum Brochure – Fall 2017 regular or pick one up in the Welcome Center. (You’ll also find information about Theology Tuesdays, Race & Social Justice on Wednesdays and St. Paul’s Faith in a New Millenium series)

Sunday, September 10
Responding to Music through Visual Art: ARTWorks Preview with Natasha Karpinskaia
This forum takes place at 10:10 AM in the Chittim-Howell House. In partnership with Seabury Academy of Music & the Arts, St. Paul’s forum series this year will feature previews of upcoming exhibitions at the ARTWorks Gallery in residence at St. Paul’s. On September 10th, Russian-American artist Natasha Karpinskaia takes us on a tour of her show, “Pictures at an Exhibition,” which
opens later that day. Karpinskaia will speak about the musical composition of the same name by Modest Mussorgsky, which serves
as the inspiration for the show, and offer her thoughts on how spirituality, classical music, and visual art can contribute to and
be in dialogue with one another. 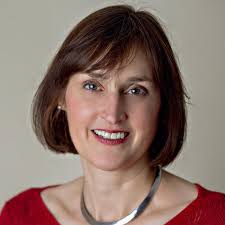 This forum takes place at 10:10 AM in the Chittim-Howell House. Norwalk Poet Laureate Laurel Peterson returns to St. Paul’s to lead a discussion on how poetry can help us access and think more deeply about the spiritual world. Peterson will reflect on works by early twentieth century central European poet Rainer Maria Rilke and modern American poets Mary Oliver and Mark Doty, focusing specifically on how these three poets conceive of the otherworldly and divine.

Sunday, September 24
How Lovely is Thy Dwelling Place: Explaining Church Architecture
Even people who don’t regularly attend church typically know what a church is “supposed” to look like. Specific styles differ, but generally one can assume that a church building will resemble one of only a few particular architectural templates. But how did the ideals of church architecture come to be and why do they, for the most part, remain in place? Join Assistant Rector Peter Thompson to learn the history behind church architecture and explore how church architecture both corresponds and clashes with Christian teaching.

Sunday, October 1
Music for the Youngest Generation: An Introduction to Kindermusik
Young children and their parents are especially invited to this forum. Have young children or grandchildren? Or care about the
exposure of young people to the arts? Music educator and St. Paul’s parishioner Lynne Linnartz introduces us to Kindermusik,
a music education program for young children she has long facilitated, and presents her thoughts about early education for
children and why the arts are so important to their growth and development.

Sunday, October 8
How to Write a Musical: A Composer Shares his Secrets 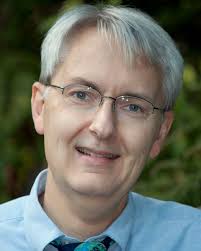 Whether it’s The Sound of Music or Evita or The Book of Mormon, everyone enjoys a good musical. But ever wonder how it all
comes together so seemlessly and ingeniously? Musical theater composer and St. Paul’s parishioner Clay Zambo has been
writing and playing for musical theater for decades. In this forum, he outlines the process of writing a show from conception
to execution. Come and have a behind-the-scenes look at how the magic happens!

Sunday, October 15
A Life of Guitar: Annalisa Ewald on the Joys of Making Music

Guitars became ubiquitous in the twentieth century for their use in rock, folk and other kinds of popular music. However, there is a long tradition of classical guitar that predates the twentieth century, stretching back hundreds of years. St. Paul’s parishioner and professional guitarist Annalisa Ewald outlines that tradition and what she finds so compelling about it, plays some of her favorite
selections, and tells stories from her experiences as a professional musician. 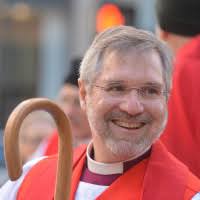 On the day of his regular visit to St. Paul’s, the Right Reverend Ian T. Douglas, Bishop Diocesan of the Episcopal Church in Connecticut (ECCT), shares his thoughts about the current state and the future of ECCT. Under Bishop Douglas’ leadership, ECCT
has refocused its priorities around participating in God’s mission in the world. In this forum, Bishop Douglas will reflect on what the mission of God means for St. Paul’s, ECCT, and the larger Church.

Sunday, October 29
Weaving Hope: How Refugees Knit Together a Future by Making Clothes 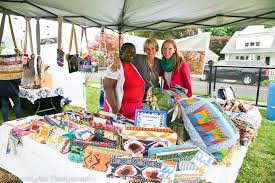 Artistic creation is a meaningful medium for self-expression, but for many people artistic creation is also the source of their livelihood. The Our Woven Community program of the Burroughs Community Center in Bridgeport provides recent refugees with the opportunity to make clothing and, in the process, to utilize their creativity, find community, and support themselves.  Representatives of the program talk about how the program works and the powerful impact it has on participants’ lives. Clothes made by participants will be available for sale.

No Forum on All Saints Sunday – Sunday, November 5 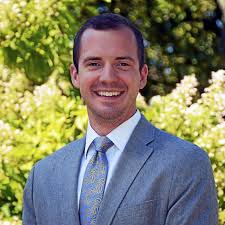 Is music just something pretty and enjoyable, of no real use when the world is in pain? Or can music ever lead to tangible change in the world? Choral conductor Knox Sutterfield is the co-founder and associate artistic director of Inspire, a New York-based choir that seeks to promote action on social issues through its singing. Inspire’s first concert will be presented in partnership with Sandy
Hook Promise, an organization of families affected by the shooting at Sandy Hook Elementary School that seeks to promote change around the issue of gun violence prevention. On the eve of that concert, Knox articulates his vision for the choir and explains why he believes belief that music can serve as a vehicle for social transformation 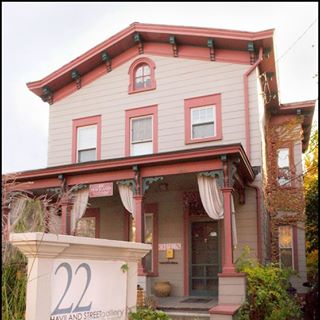 In Christianity and in many other religious traditions, devotion often has a material aspect to it. Actual physical objects, when they are not worshiped themselves, help facilitate the worship of a nonmaterial deity. Gay Schempp, the curator of a traveling exhibition called “Altars, Shrines, and Amulets,” and Dennis Bradbury, the owner of the 22 Haviland Street Gallery where the exhibition will be on display in South Norwalk, preview the exhibition and discuss the varying ways in which physical objects can contribute to religious worship and personal devotion.

Sunday, November 26
For Unto Us a Child is Born: The Enduring Legacy of Handel’s Messiah
Though not originally composed for Advent or Christmas, Handel’s Messiah has become irrevocably associated with Christmas for many musicians and music lovers. How did the piece carve out for itself such a prominent place in the musical canon? What makes it so meaningful and so fun? At the start of the annual Messiah season, Assistant Rector Peter Thompson leads a fast-paced journey through Handel’s rich and monumental work, still exciting after all these years.

Sunday, December 3
There’s No Business Like Show Business: The Intricate Process of Producing a Play 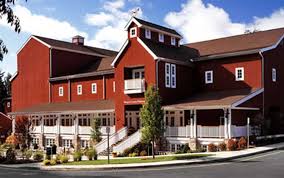 A leader in theatrical programming in Fairfield County, the Westport County Playhouse has been operating for over 80 years
and draws large audiences to its five productions each season. David Dreyfoos, Director of Production for the Playhouse, gives
us an inside look into how the Playhouse operates and provides an overview of all the many things he has to do to get a show up
and running.

Sunday, December 10
Deconstructing the Architecture of History:
The Lavish Ambition of the Lockwood Mathews Mansion 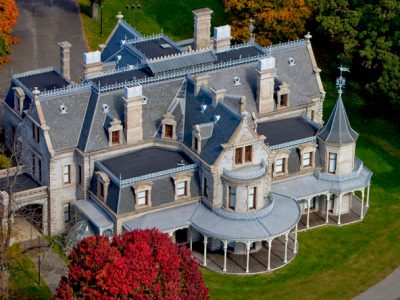 An iconic Norwalk structure, the Lockwood Mathews Mansion was built as a home for a railroad tycoon in the mid nineteenth century and is a well-preserved example of how big money lived in the Victorian age. A docent from the museum that now occupies the mansion shares the history of the building, paying particular attention to its architecture and what the architecture reveals about the time in which the mansion was built. 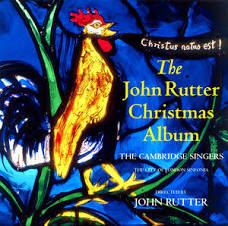 Despite being agnostic about Christianity, living English composer John Rutter has written scores of Christmas carols sung every year by choirs around the world. Though accessible and loved by many audiences, these carols are not always respected by professional musicians. Assistant Rector Peter Thompson dissects Rutter’s carols—both the unashamedly cheesy and the more restrained and high-browed—as we prepare to celebrate Christmas in all its splendor.